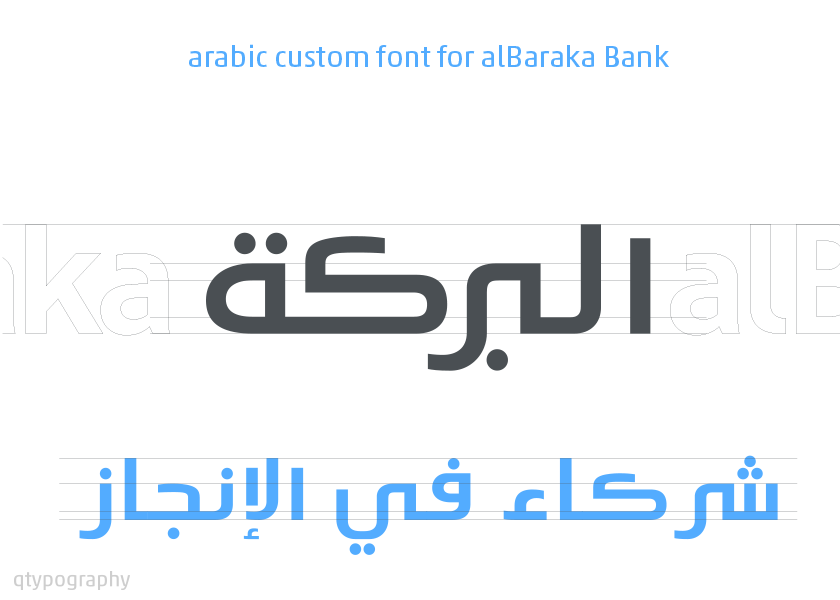 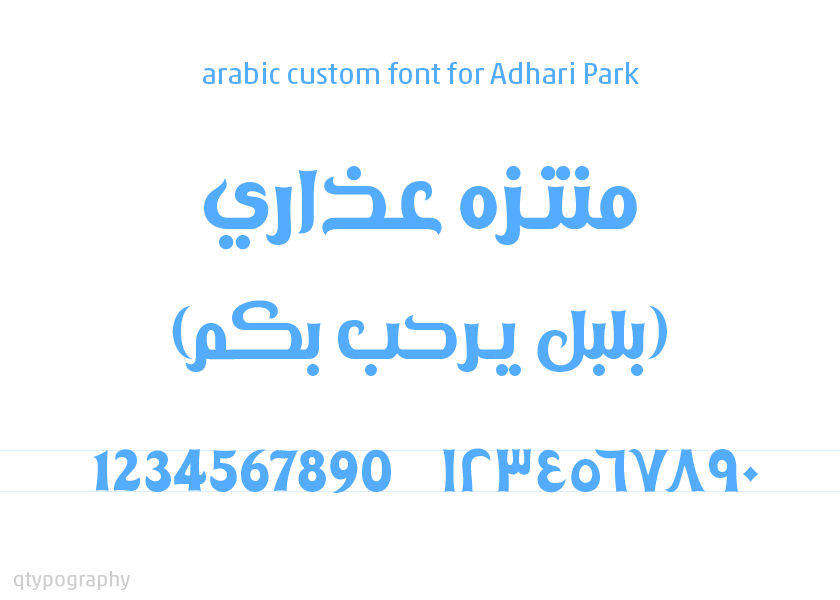 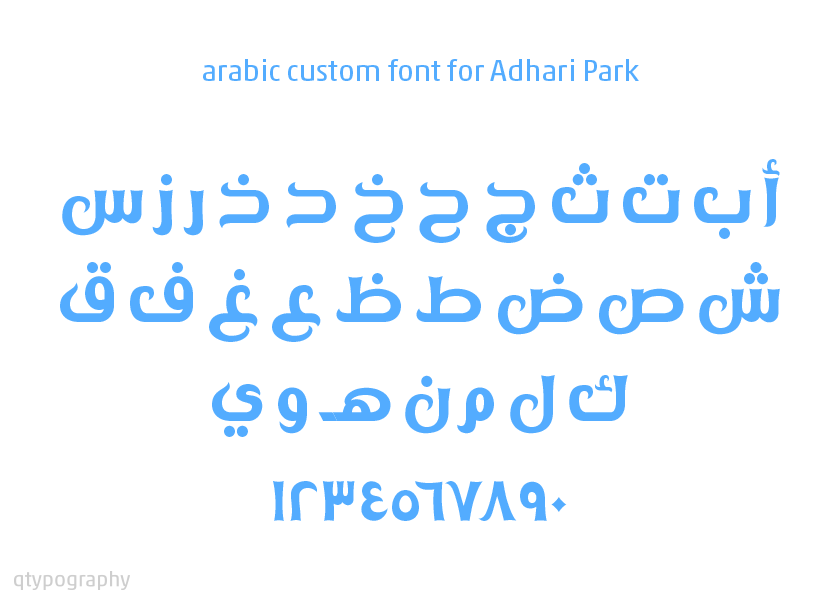 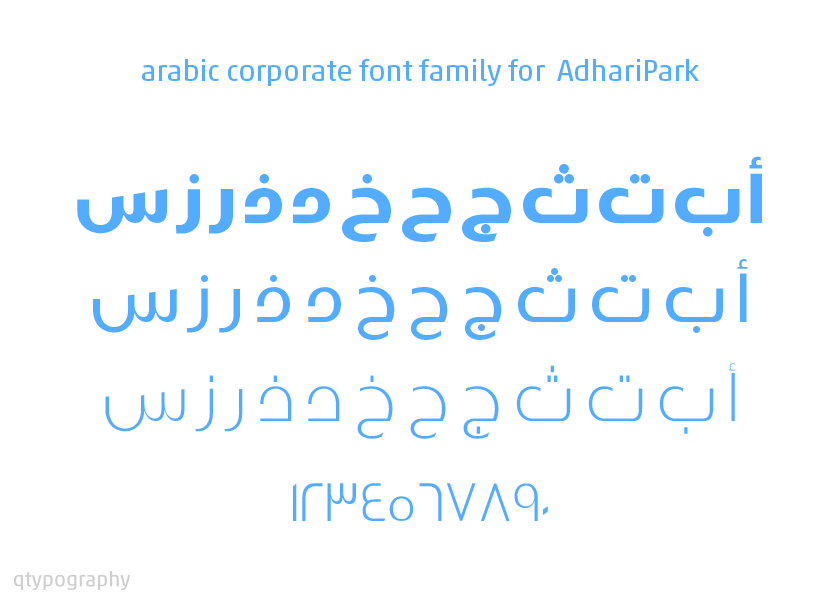 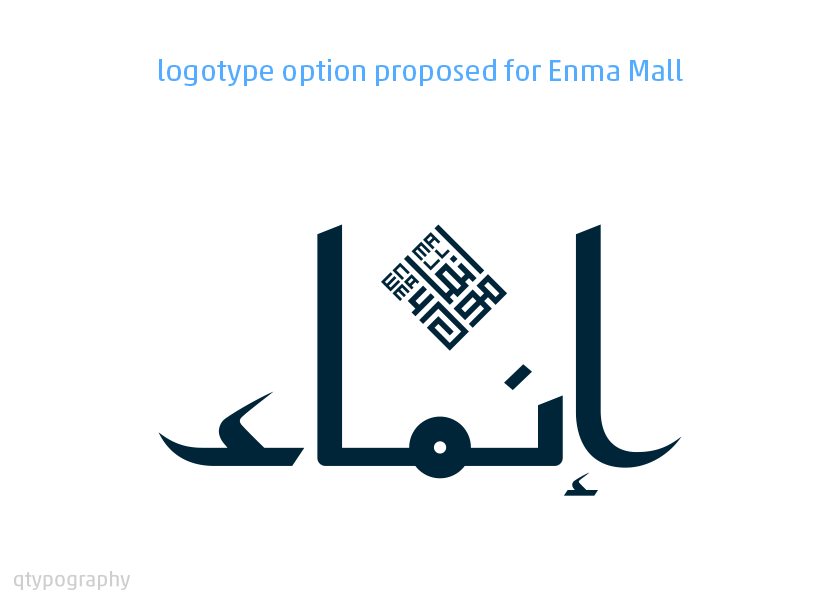 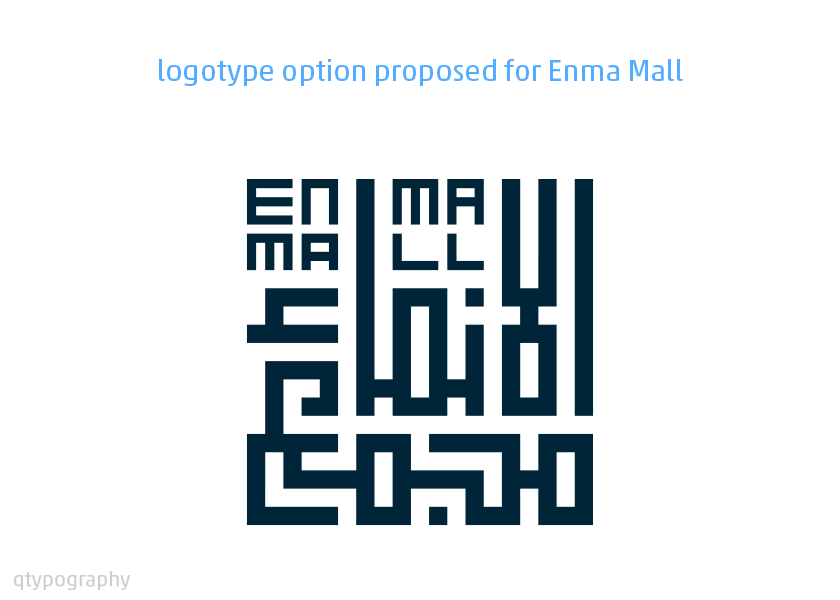 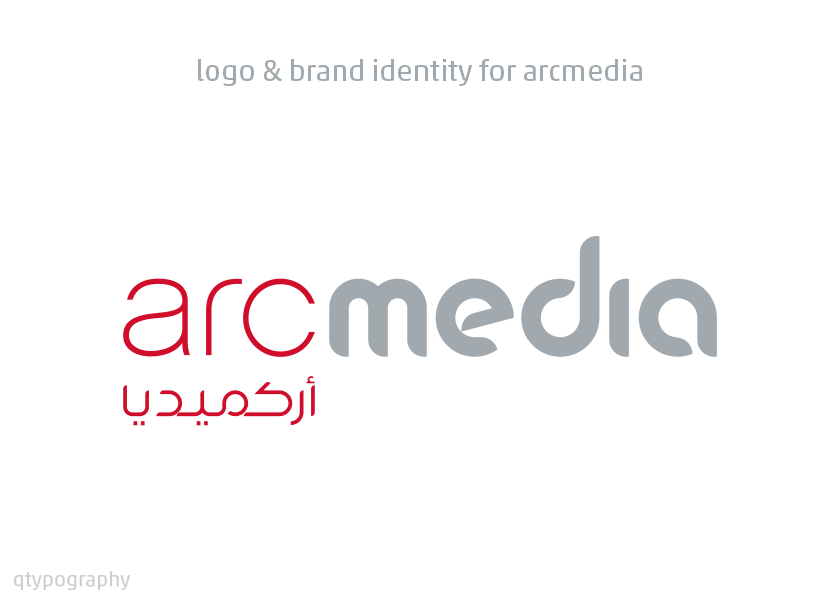 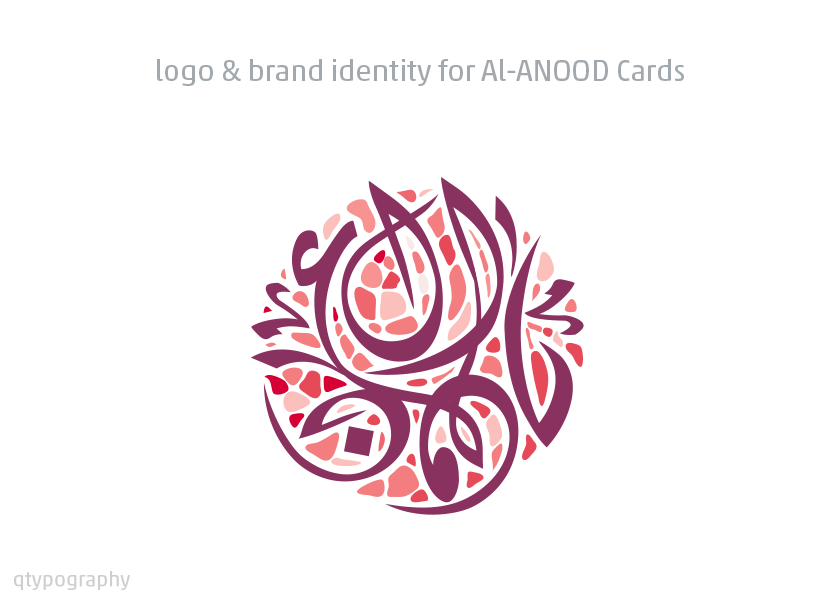 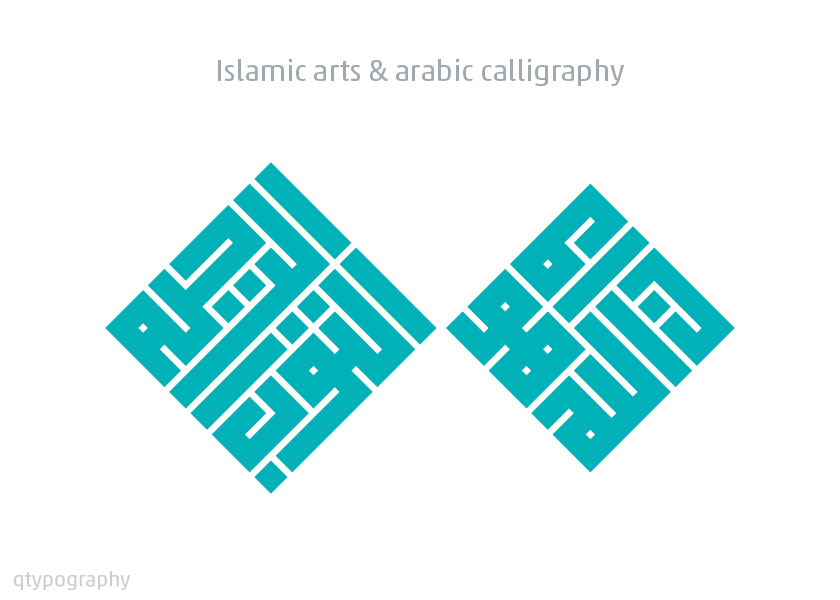 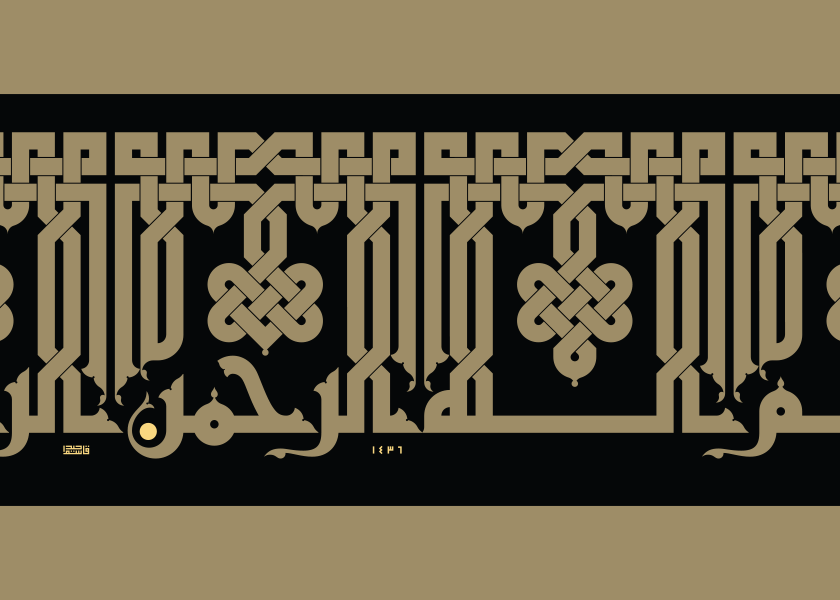 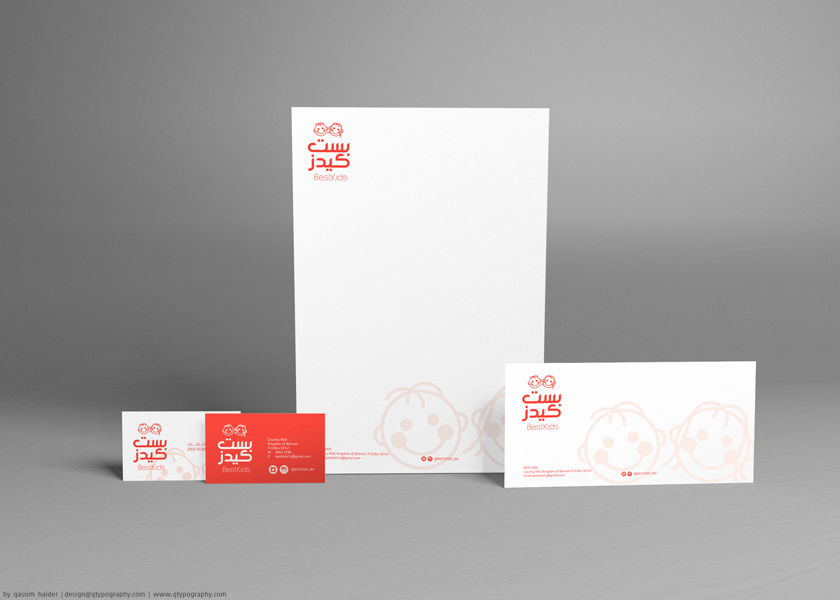 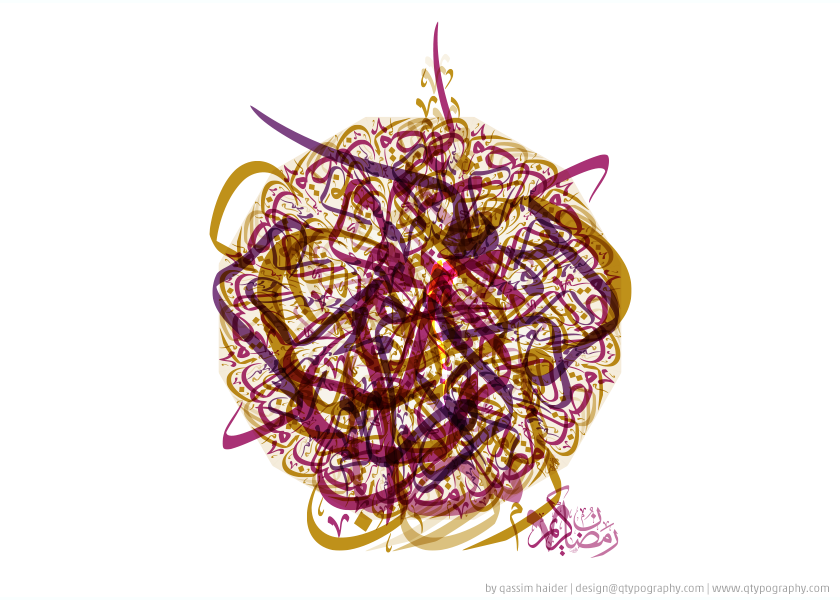 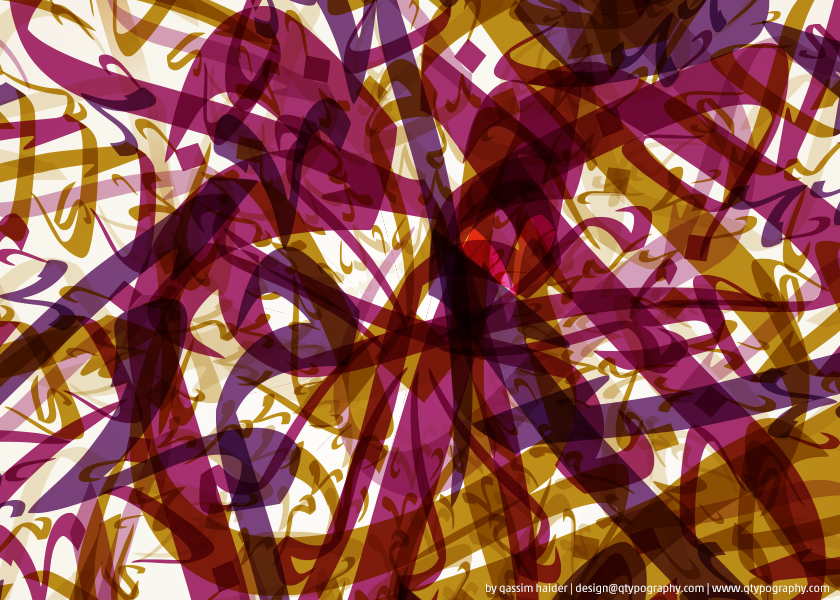 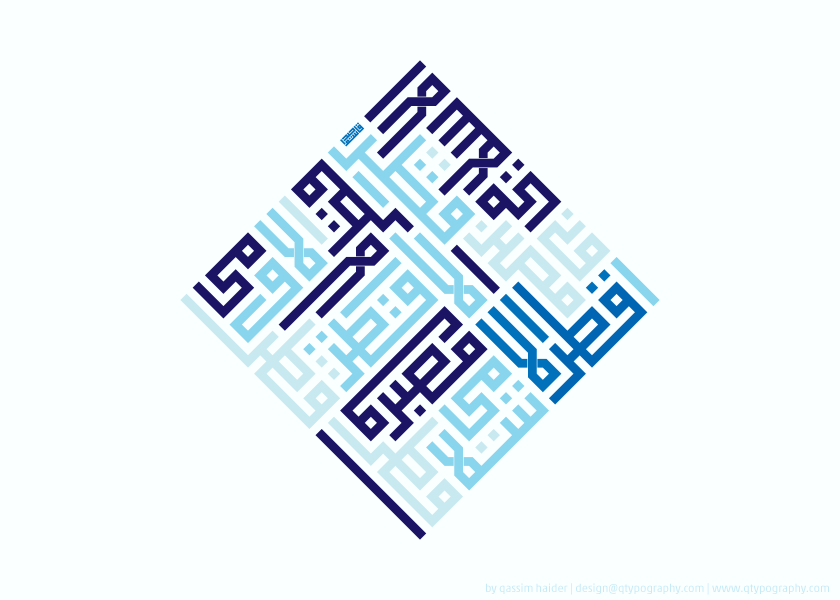 Qassim Haider was part of the special Program by BBC Arabic Television in “BBC Xtra”. The Program focused on Arabic Calligraphy and Typography... 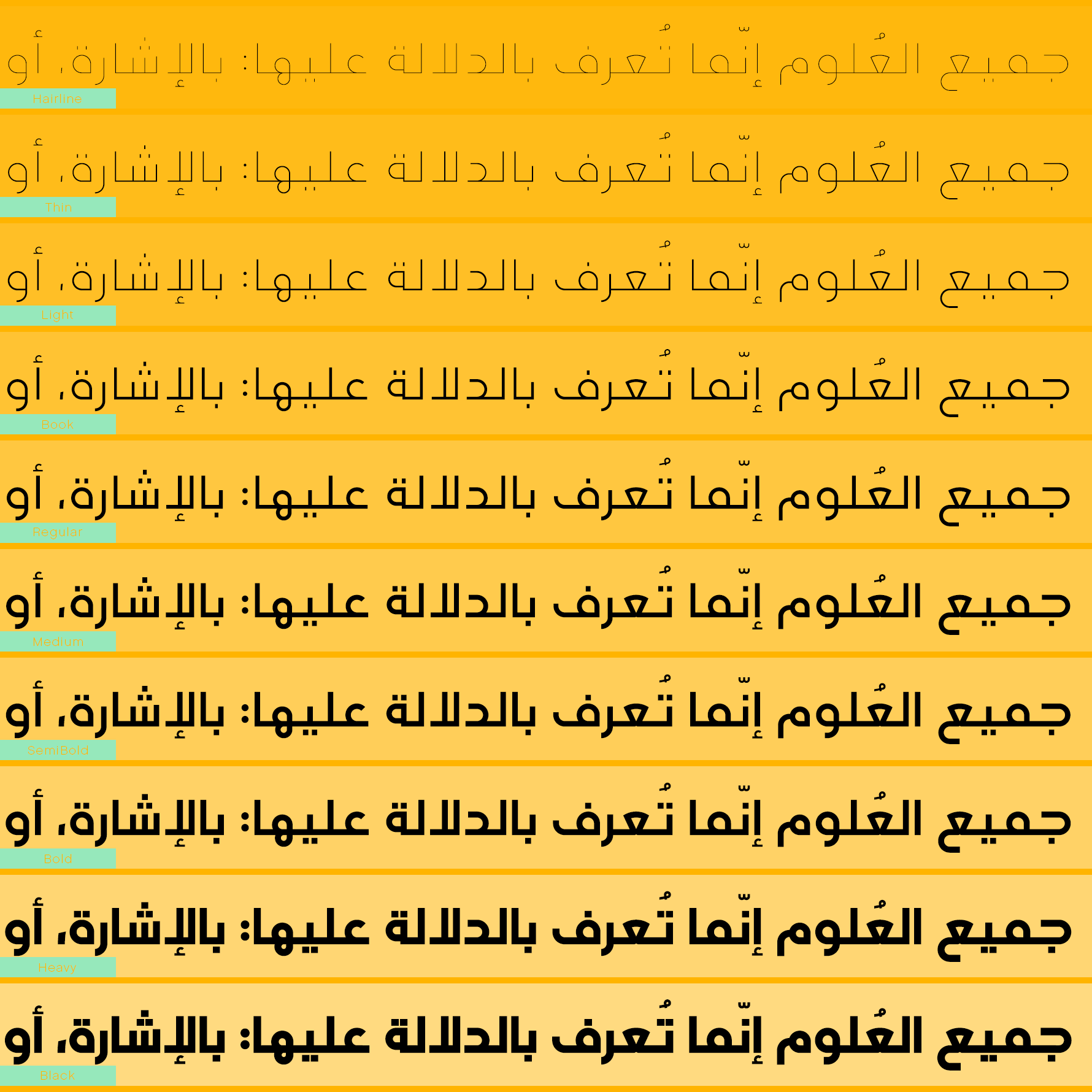 QT ArabicCity is a contemporary typeface where simplicity meets modernity to reach design needs in modern cities where business are crowded, information are interfere and time is not enough except for read clearly and in optical sequence.
a readability connects eyes with mind.. 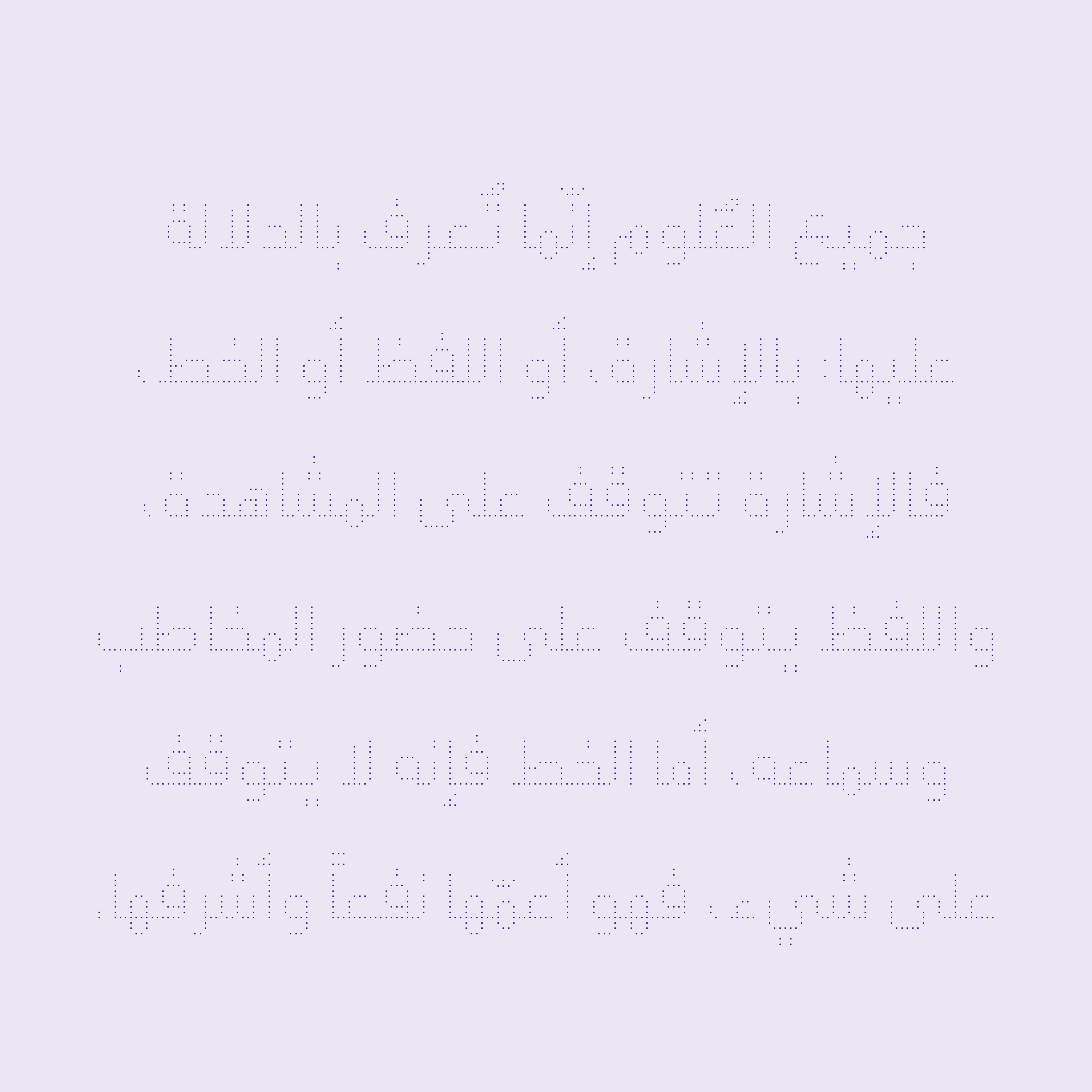 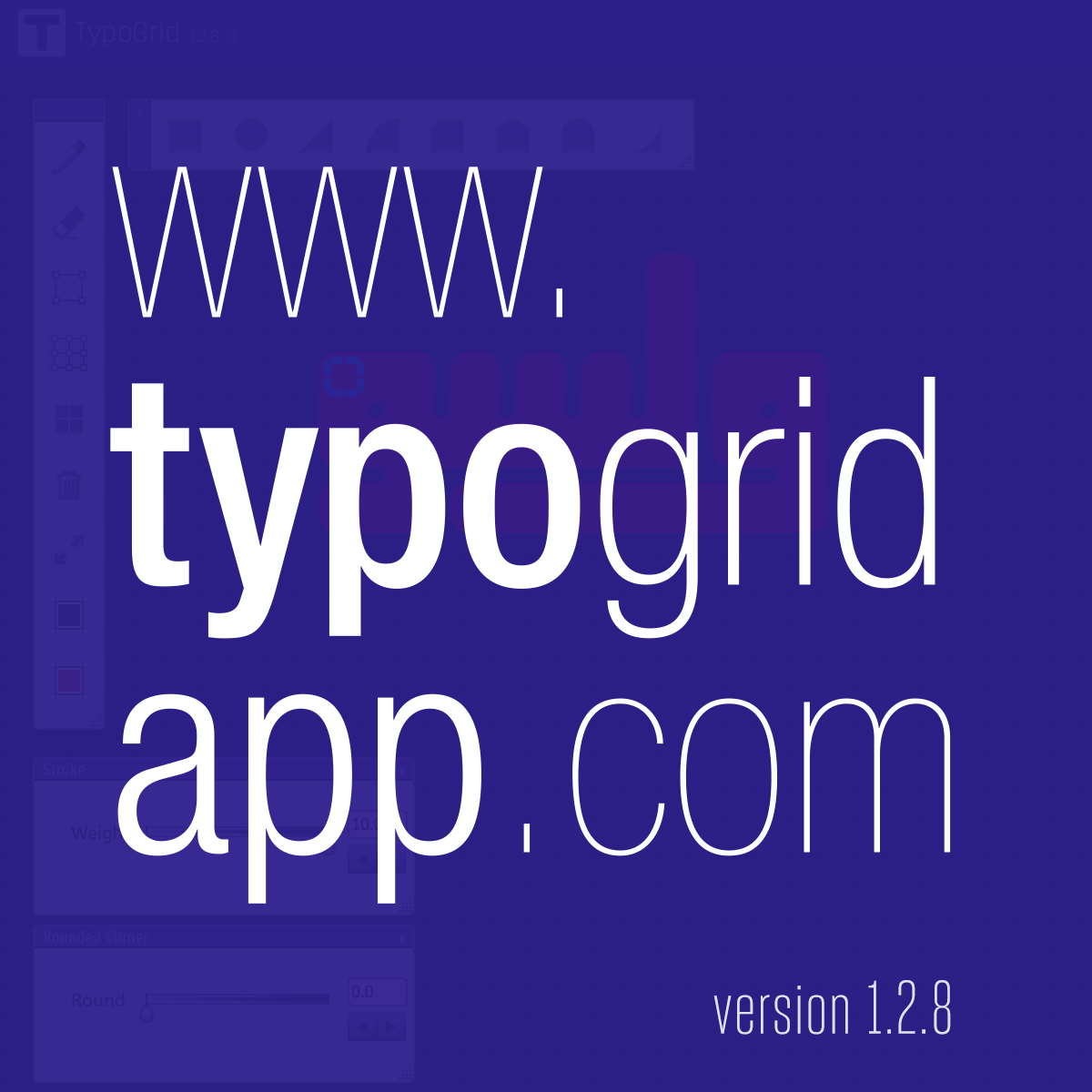 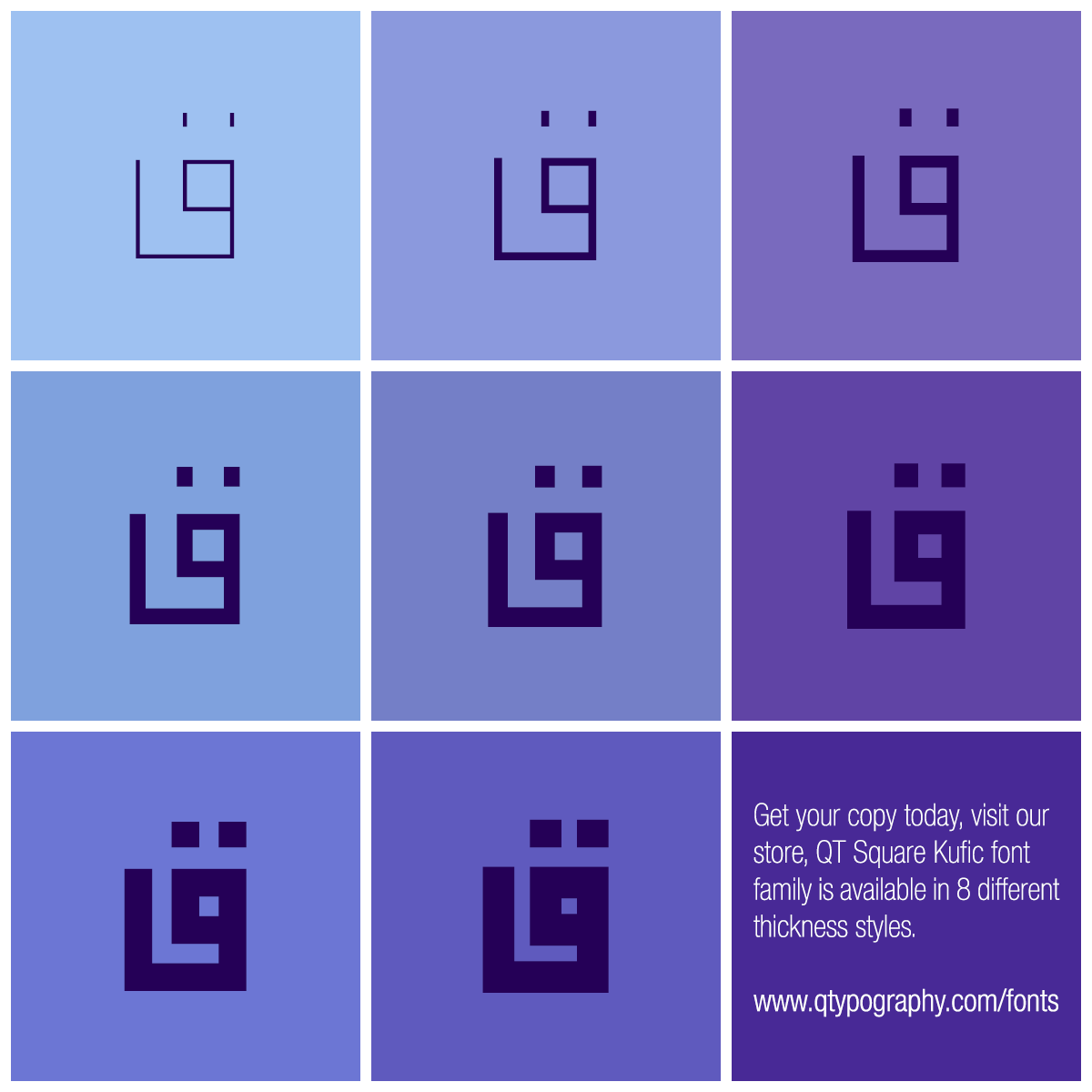 Square Kufic is one of the oldest calligraphy style in the arabic heritage. It appears from the thirteenth century on coins, tile work and elsewhere in Iraq, Turkey & Iran. In today’s world, it is used for logotypes by some designers and typographers of both, the Arab world as well as globally.

Since 2006 until the beginning of 2015, Qassim Haider studied this kind of calligraphy/typography and developed a wide variety of logotypes and art design. He even developed a unique web application called “TypoGrid” to create this kind of typography. Qassim has designed and developed this style as font family with 8 different thickness styles in a very detailed and elaborate experience.

The font is available on qtypography.com/fonts,
linotype, fonts.com & fontshop where you can take a trial and purchase it. 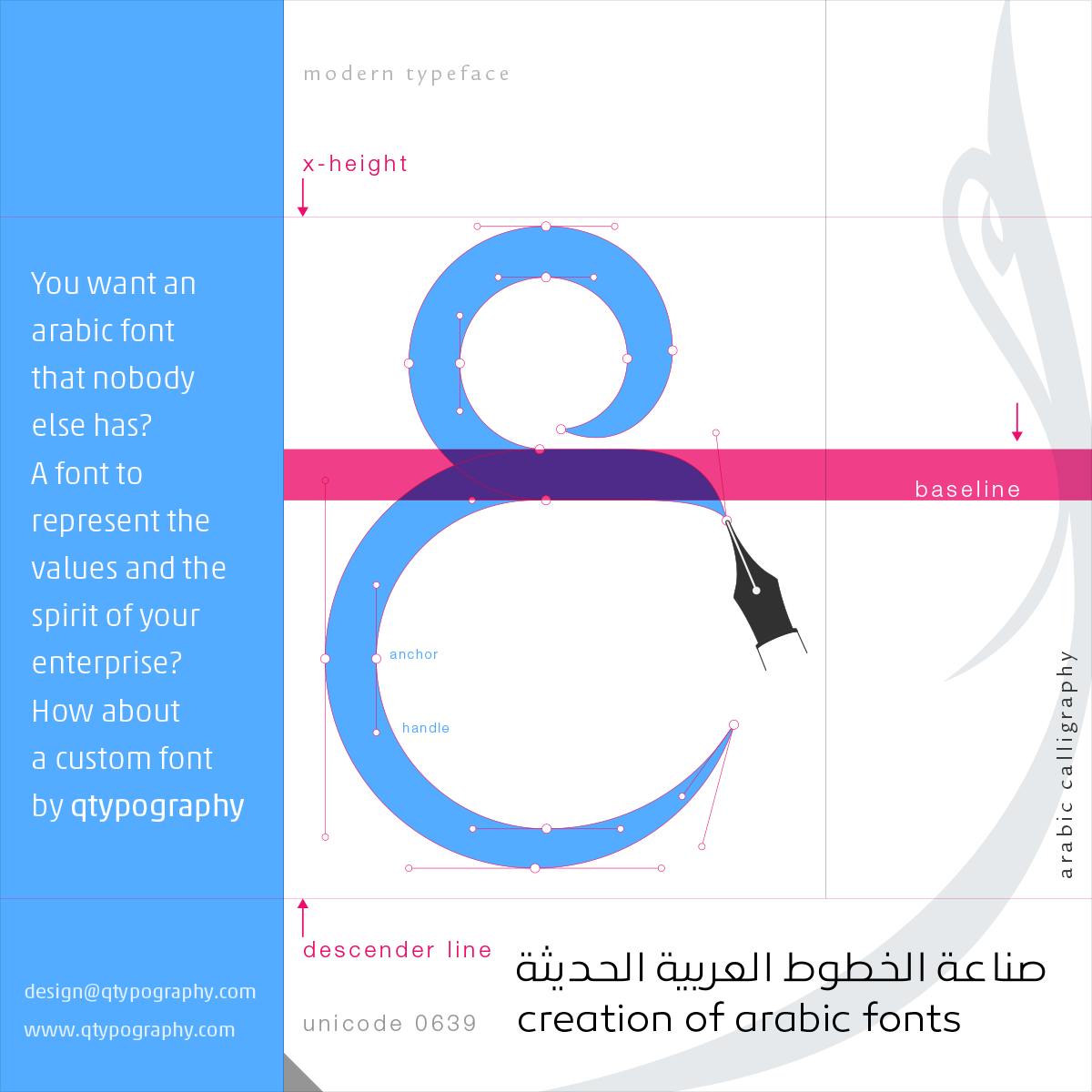 You want an arabic font that nobody else has? A font to represent the values and the spirit of your enterprise? How about a custom font by qtypography.
Hand in hand with you, we will develop the font to your satisfaction.
Maybe you have a design that is not a font yet? We will help you to transform your idea into a font.
And we will help you in as many steps as you wish: designing, digitizing, spacing, kerning or the development into a font-family with multiple weigths and widths.
contact us on: design[at]qtypography[dot]com 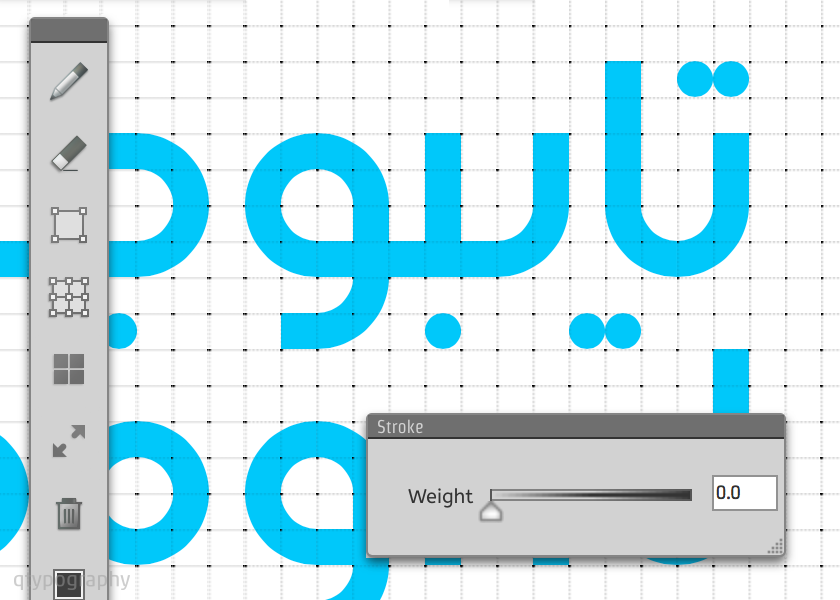 TypoGrid is a smart tool for typographers and graphic designers helps them to create typography letters and pixel arts based on the grids system.

In 2012, Qassim developed the first version of this web application under "Square Kufi / Kufi Murabba" name. The concept of the app was to help users create one kind of arabic calligraphy which is Square Kufi using pen and eraser tools.

At the end of 2014, and after feedback and further development of his vision, He developed a lot of concepts to created an advanced and smart tool for typographers and graphic designers which would help them to create typography letters and pixel arts based on the grids system, in a much more faster way. Thus, this web application has now emerged as something more than a tool to create Kufi arabic calligraphy - it has become a Typogrid.

qassim haider was raised in a creative environment from an early age. he was attracted to diverse disciplines of art and developed an interest in drawing, painting, calligraphy and designing.
a curious mind that constantly seeks knowledge, qassim's portfolio extends to fields as diverse as arabic calligraphy, typography and web programming.
qassim was commissioned to develop typefaces and calligraphy for different campaigns and creative projects. his work has been featured in publications and he has spoken at various art forums.

want to start a project but need a first-draft price analysis? we can help. simply fill the details below and we will follow up with the best possible solution.